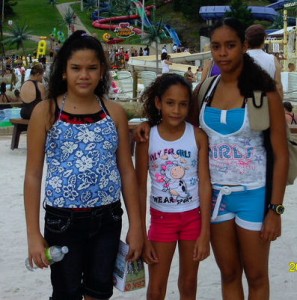 Jahayra and Letitia Johnson are a mix of six real people with a fictional overlay.

During my time on Bonaire, one of our hotel staffers had three daughters that would spend time in the hotel: Ryda-luz, Jahayra, and Jean-mary Emer. I was always impressed with how devoted the three girls were to each other. They played together, worked together, hung out together, and supported each other. I still count the girls, their mother, LuzDary, and their father, Patrick, as friends. A piece of Jahayra’s artwork decorates my refrigerator to this day.

Three other girls, Molly Craig, Daisy Craig, and Gracie Fields served more as an inspirational concept. Members of the Stolen Generations, the Australian government kidnapped the three girls in 1931 and placed them in a training camp. Since each of the girls was half-white, the Australian government believed it had a duty to ensure that the girls would grow up in a white household and eventually marry white men, which would allow them to have whiter babies. 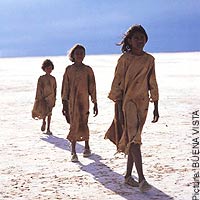 Fictional shot of Molly, Gracie, and Daisy from “Rabbit-Proof Fence”

Eventually, the thinking went, there would be no more blacks in Australia, as the forced interbreeding would eventually make any black ancestry unnoticeable. Fourteen at the time, Molly ran, taking nine-year-old Gracie and five-year-old Daisy with her. Molly and Daisy evaded the Australian government for months during their 1500-mile journey home. Gracie, unfortunately, was recaptured.

Jahayra is, unsurprisingly, based on Jahayra Emer, with elements of Jean-mary Emer and Daisy Craig mixed in. Letitia takes her foundation from Ryda-luz Emer, with a strong overlay of Molly Craig. The mixed Trini-Jamaican ethnicity was more or less a coating of fictional spackle over this admixture of Bonairean, Columbian, Irish, and Australian Aboriginal heritage. Something to glue it all together, if you will.

As for the living girls, I’d still bet that either Ryda-luz or Jahayra would carry the other 1500 miles on her back if she had to.