Diverse SFF: Are you watching? Are you buying?

The crew of the Canterbury, from The Expanse

It’s a truism among writers: when you try to sell something that features black, Hispanic, or Asian characters, editors and publishers will push back, asking you to make the characters a bit paler, a bit pinker, a bit more “mainstream”, a code-word for making your characters white. When you fight, you get told that diverse audiences don’t read SFF. 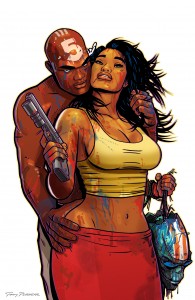 There’s the story Tony Puryear and Erika Alexander tell about trying to sell Concrete Park, when a publisher told them that “black people don’t like science fiction – they don’t see themselves in the future”. Agents and publishers advised me to set my book in the suburbs, presumably where the children would be a bit paler and speak a more standard variety of English, without any of that pesky Spanish those Puerto Ricans and Dominicans speak.

On the other hand, it’s hard to say that those publishers are 100% wrong. Erika and Tony will happily tell you about the difficulties they have faced getting sales once they get distribution. My experiences trying to get whites to click on my ads have been anything but encouraging, and, while I get rave reviews and support from people that champion diversity in literature, I’ve yet to break even on my publishing venture. 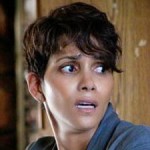 There have been some recent exceptions. Steven Spielberg and Halle Berry threw star power and money behind Extant, which managed to last two seasons. Presumably that second season was a result of making some profit during the first. Unfortunately, since they failed to throw basic principles of coherent storytelling into the mix, it failed to last. 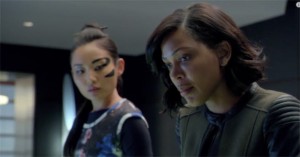 More recently, we have Minority Report. The greatest science-fiction story ever told? No, but better and far more watchable than 90% of Fox’s programming. Most importantly for this discussion, it had the most racially balanced cast I’ve ever witnessed on television. No token blacks or token Asians. None of the “one black lead, so everyone else, down to gas-station attendants in the background, is white” crap. Its fate? Cancelled after ten episodes, and it’s a fair bet that if it hadn’t been produced by a powerhouse like Steven Spielberg, it wouldn’t have made five. The ratings stank. 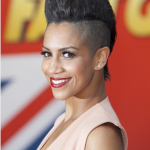 Now, we have The Expanse showing up on SyFy. Again, this isn’t a perfect show: the first couple of episodes threw the beginnings of so many sub-plots at me that I had have difficulty keeping track of them. Dominique Tipper’s character introduced me to her cleavage well in advance of introducing me to her character.

Still, take a step back from the nits and what do you find? A well-written, well-acted, well-produced show with a tolerably realistic blend of black, Asian, and Hispanic characters, and even a reasonable blend of South Asian vs. East Asians. Not tokens, either: a South Asian President of Earth. An East Asian acting as the Macguffin for one the subplots in the form of a kidnapped girl. A black woman as a spaceship second-in-command that may fall a bit into the “tough girl” stereotype, but as least she isn’t “sassy”. Black colonels. Hispanic leaders. Just plain old mixed.

So, when I looked over my Twitter line, an area dominated by geeks of color, I expected to see it lit up with discussion of The Expanse. People debating the characterisations, the effects, the racial balance. What did I actually find?

No one seems to have noticed it go by. This is amazing. Even Extant, arguably one of the worst television shows ever made, managed to get serious and frequent discussion. But The Expanse? Nothing.

This is a real issue. Even if the show doesn’t turn out to be your cup of tea, talk about it. Make certain that people that will like it are aware it’s there. If it misses with you, discuss why it misses. Buy the DVD when it comes out, even if you use it as a drink coaster.

Why? Because books, movies, and TV shows are published and created based on publishers’ and producers’ expectations of profit. If producers and publishers consistently get hits with lily-white casts and consistently get marginal or negative results with diverse casts, guess what’s going to dominate your airwaves and bookshelves? We can scream about racism and privilege all we want, but dollars speak to the entertainment industry more loudly than anything else: they are going to continuously produce things that seem a lot like the last thing that made money, and are going to shy away from things that are like things that don’t make money.

Of course, there’s a threshold: I wouldn’t argue that we should forgive amateurish crap just because it features non-white characters: that would lead to keeping things like Extant on the air forever instead of the mercy killing it required. But no one could argue that about The Expanse: it’s well-made, well-written, well-acted, and I think we can forgive it the flaw of trying to put ten pounds of story in a five-pound bag during the first couple of episodes.

If you want another show with the Olsen twins or Zooey Deschanel, ignore The Expanse. It’s your choice.